Join our newsletter for all things motherhood, vegan, and sustainable! Yes please!
Home / Travel / Day 2 of our Idaho to Texas Road Trip:

Day 2 of our Idaho to Texas Road Trip:

We were on the road again for Day 2! Day 2 was our last long day of 8 hours and 600ish miles, and H did even better in the car than on Day 1 – taking two naps, both over an hour and a half long, which means he was in pretty great spirits.

After a much needed good night’s sleep: 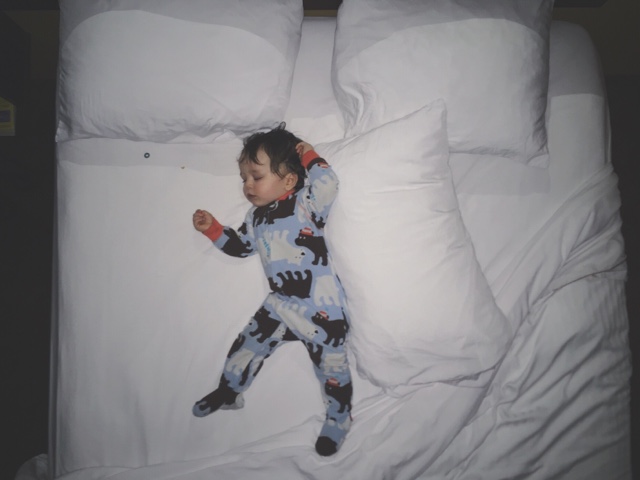 We ended up crossing over into Colorado, where it was freezing and snowing: 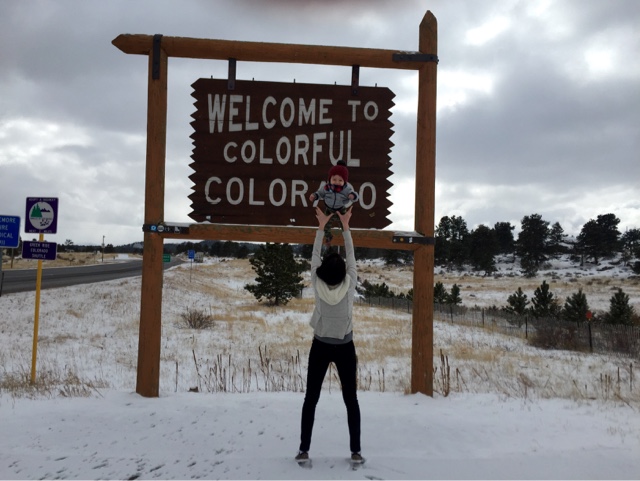 And then ended our day in Kansas where the weather was much more pleasant: 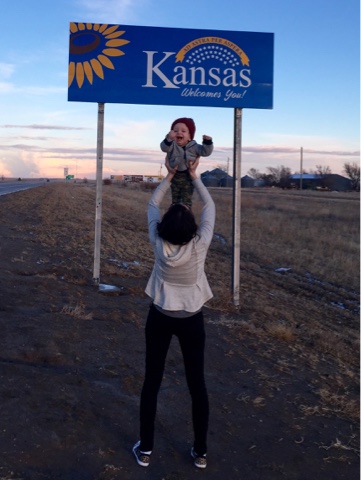 Can you tell he was happy to get out of the car? I’m right there with you buddy!

All three of us were pretty beat by the time we got to the hotel that night. Because it was so late (7:30), so my mom went to grab some food for us before everything closed (small town problems). H and I stayed back and he ran (aka: crawled / threw himself / rolled) around like a drunk chicken to get the crazy out before bed. To say he was delisionally exhausted would be an understatement! 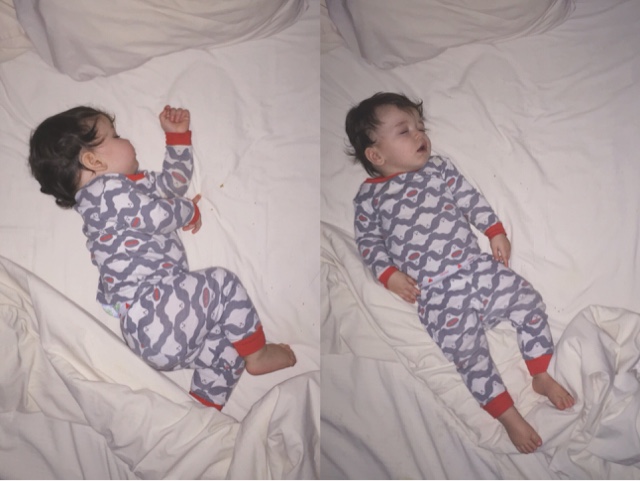 I also slept way better because my mom wore her (affiliate link) anti-snore nose clip. Can I just say glory glory hallelujah amen to this amazing contraption?! I love my mom, but like most of my family (and the world) it’s hard to go on trips where we have to share rooms because she has a habit of snoring… Quite loudly… When overly exhausted, which is basically every time we travel. Night one I forgot to ask her to use it, and between a bebé that didn’t want to be in his pack and play, and a snoring Grammy, I was kept up. Last night was beautiful. Her snores went from a high 7/8 and almost constant to a low 3 at most and I rarely even heard her make a noise!

I asked her how it felt when she woke up and she said other than a little tickle ever now and then, it was really comfortable. So not only did I benefit, but it wasn’t obnoxious and cumbersome to wear, nor did it inhibit her sleep – I say that’s a win all around! The only downside is that since the clip is clear, which is great for us vain people, it’s kind of hard to find after you take it off in the morning. It fell off the nightstand at our hotel and we had to carefully scan the floors in fear that H would pick it up and put it in his mouth. My mom suggested making the anti snore clip in fun colors so that you wouldn’t have to worry about losing it as easily, which I think is a great idea! Hey! It is nice to meet you!

Join our chaotic, sustainable family for updates and new posts!