Let Them Be Little with Pip & Bean 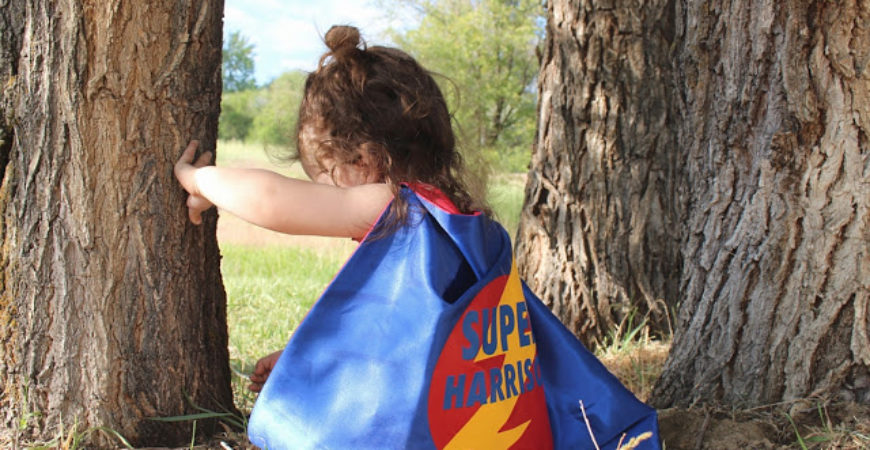 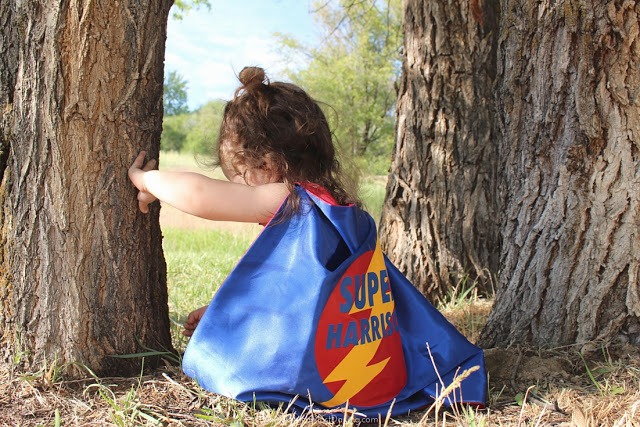 Outfit details: Super Harrison Cape c/o Pip and Bean // Striped Shortie Romper c/o Rad Revolution Kids // Herringbone Oxfords c/o Love, Winnie James
In full disclosure, this post was definitely supposed to be up Tuesday, for another Truthful Tuesday segment. However, I am admittedly terrible at planning ahead, and therefore, here it is, Thursday, and the post is just now going up!
I’ve shared before about how I’m trying to be more patient and gentle with H. He’s in a very weird phase right now – incredibly happy one minute, and a complete meltdown the next. It does make me giggle a little right now to realize how alike we both are at this time – both incredibly hormonal, and able to cry at the drop of a hat.

He is so incredibly independent, wanting to do everything in his own way, on his own terms, but he is very verbal about needing me to be there, right next to him. As close as possible. But not too close. Because that would induce an “I do it!” meltdown. Oh toddlerhood, what a tangled web you weave!

I have been trying to be more patient with him, but I am the first to admit that I still have this vision of the dream child – you know, the one who listens to every request and doesn’t talk back or throw themselves in the middle of the aisle when you’re at the grocery store because you won’t let them get every single box of fruit snacks  their eye can see. I say “no” too often, or try to redirect and distract him into doing what I want  him to do, and it just hasn’t been working for us. The more I try to control his actions and ‘mold’ him into the aforementioned angel toddler, the more he fights me on it. 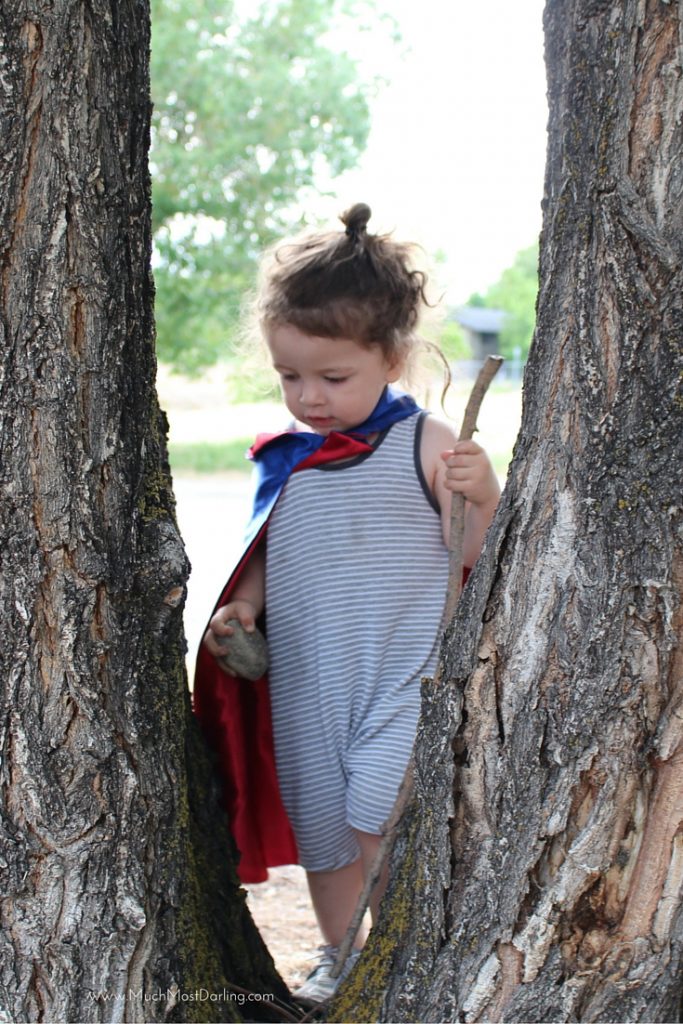 After months and months of trying to do it all my way, I have given up and given in. Against every piece of parenting advice I’ve been given, I’m letting him lead the way and run the show. I’m saying “no” a lot less, and “yes” a lot more. I’m letting him pick a few extra treats at the grocery store to have when we’ve both had an awesome day. I’m letting him be the tiny tornado that he is.

And do you know what’s happened to my terrible tantrum thrower? He’s happier than he was before, which means we’re all happier as a result.

Our days now start outside in the sunshine, where we split whatever breakfast I throw together that H has requested – usually muffins and berries, rather than inside, in front of the TV. He jumps from sitting on the stoop with me, eating his food, to digging in the dirt with his trucks, and instead of telling him to sit back down and finish his breakfast first, I just let it happen. Yes, I would love to have a toddler who was happy to sit quietly and would eat more than two bites before  claiming to be ‘all done’, but instead of wishing for something I don’t have, I’m embracing the imaginative, effervescent, energetic tiny human that I do have. And I’m rejoicing over the fact that my toddler will finally play independently – not just for a few minutes here and there, but for hours in our yard.

We dig with our “digger arms” and have “one, two three, GO!” races. We watch for airplanes and helicopters and talk about who they might be going to visit. We play “Super Harrison to the Rescue” and fly around the neighborhood, the air around him buzzing with his giggles as I throw him up in the sky. Sometimes we just sit outside and listen to all of the noises that surround us everyday, and talk about the different things that make those noises, like birds and crickets and lawnmowers, sometimes we take a stack of books outside and read, but most of the time we just dig. And dig. And dig. We make holes for dinosaurs to jump in and out of, we move dirt with the excavators, and we dig, dig, dig until the dirt is caked under our fingernails and it’s time for nap.

I genuinely believe that he just isn’t meant to sit still for longer than 2 minutes at his current stage in life. That he needs to let his body continually move and run and jump and wiggle. That he needs to be able to explore his surroundings, within reason, in the manner he sees fit. After spending about 5 minutes with him, its very apparent that he feels stifled when inside and thrives once outside. Something undeniably happens to H internally when he walks out of our door and into the fresh air, and the changes I’ve seen in him since accepting that have been amazing. 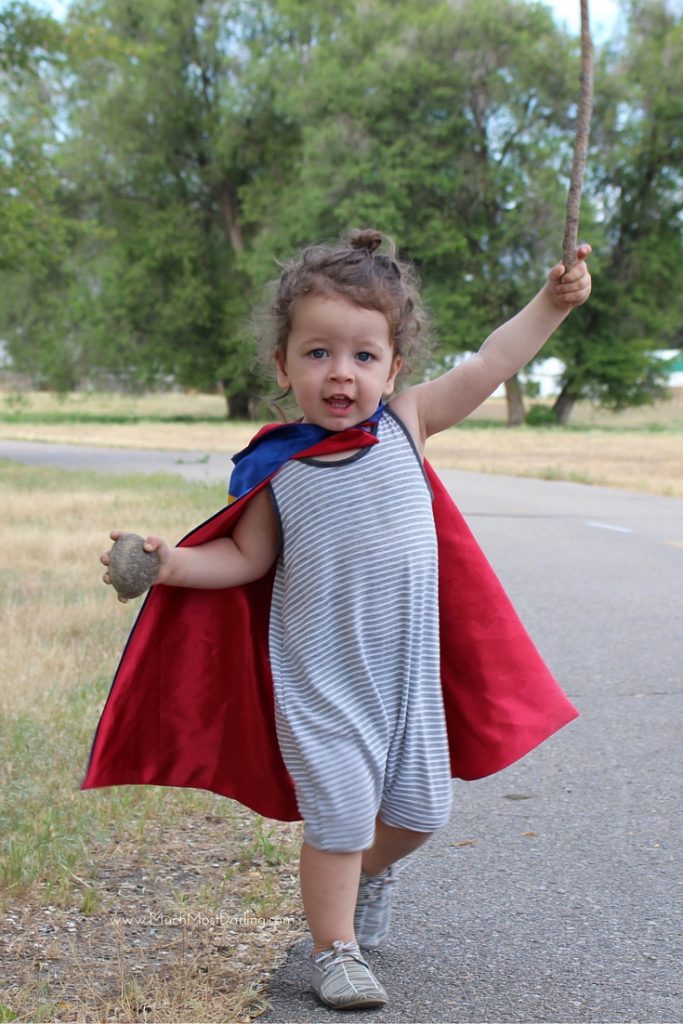 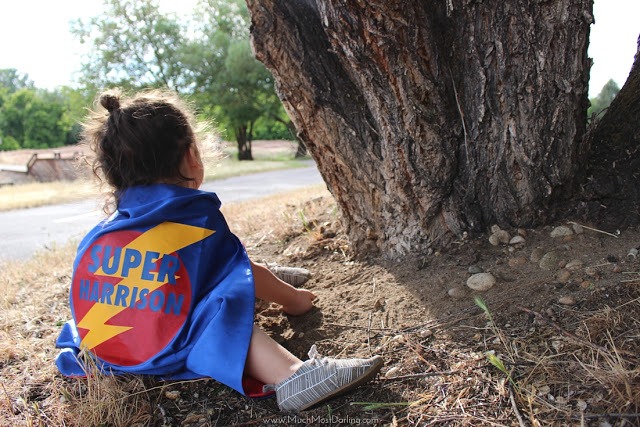 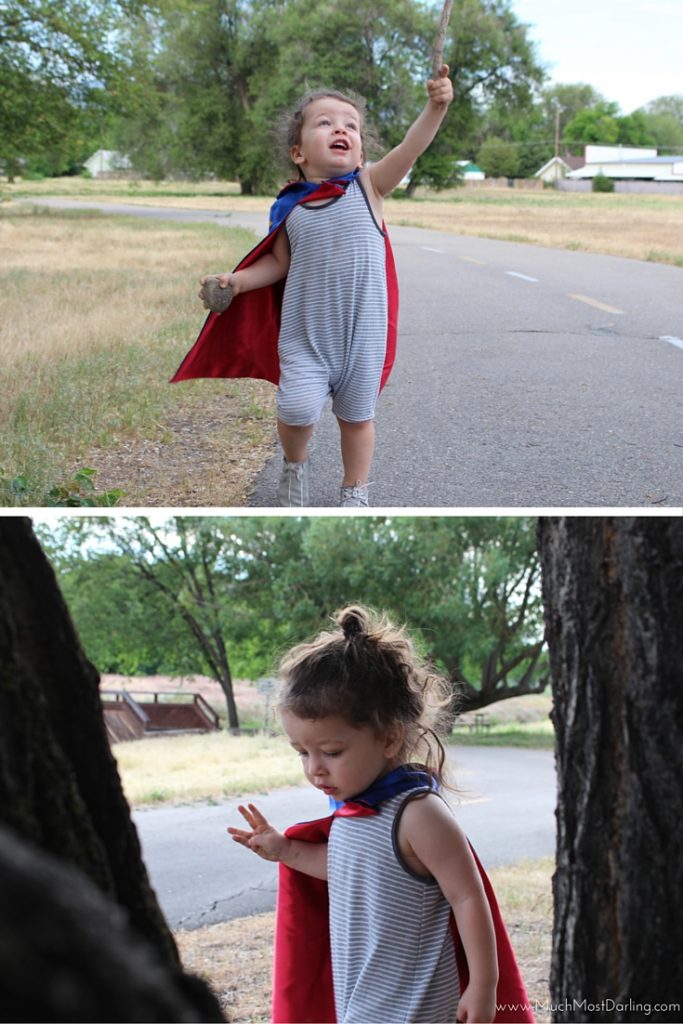 My son may never be one of the children sitting calmly at story time while the librarian reads aloud, but he will never turn down a challenge to race or a chance to dig in the dirt – and there’s nothing wrong with that. He is in this constant state of vibrating energy, and we are embracing all of his goofy quirks.

So here’s to saying yes more. To indulging in silly childhood requests. To striving for perfection, less. Because childhood is but a short blip in his life, and this world forces us to grow up too fast.

The best of: Urban Outfitters 50% off sale! 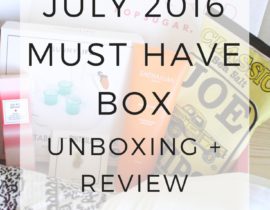 July 2016 PopSugar Must Have Subscription Box Unboxing and Review! 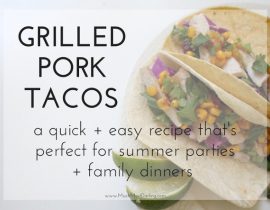 I'm a coffee loving sometimes-blogger, wife, and stay at home mom to an almost 4 year old tornado of a toddler and chunky one year old boy! I share my honest motherhood moments, favorite family goodies, and the helpful hints I've discovered through my journey and with the aid of my 'tribe'.